Nice to have a great neighborhood option.

"I've brought our cars here a few times now. The prices seem reasonable, and the service is friendly. It's nice to have a great neighborhood option for car services / repairs."
January 30, 2017 Allison & Jerry

"We haven't had to go to "the shop" for awhile due to new truck and SUV purchases but I wanted to write a review before we move, John runs a very professional and honest automotive repair business. We have dealt with him over 30 yrs now and never have been disappointed with his work or prices."
October 28, 2016 Edvan B.

"Great service. John was great. All work was spot on. I would send my mom here. Quick and friendly"
July 6, 2016 Laurie F.

"I had taken my car into another shop for a once-over and a long over-due tune-up and after they quoted me a ridiculous price for the tune-up and front and rear brake repairs (as well as a $120 inspection fee), I started calling around to see what my options were. John answered right away and he was able to quote me his fees for the same repairs off the top of his head. The final bill ended up being within a few dollars of what he quoted! I'm not sure if they typically charge an inspection fee or what it costs since I had already had that done. I dropped my car off the next day late in the morning and it was ready by 5:30. Since it was ready for pick up before I could arrange a ride, John took care of everything over the phone so I could pick up after hours. The prices here were very reasonable and fairly similar to other small shops I called around to but I appreciated that John answered the phone promptly, provided such an accurate estimate without having to get a lot of vehicle information (one place wanted my VIN and needed to know a bunch of engine specs), and was very accommodating to my schedule."
June 13, 2016 Barbara D.

The Shop is the only shop I will use

"I have a limited edition Ford Thunderbird (MisTbird) which I have been taking it to the Fremont Ford Dealership even though I know it would cost more. They should know what they are doing right??? Wrong. One day after they repaired my air conditioning, I had to return the car with the original problem and fried wiring. I was told it would cost an additional $2200 (total $2700) to fix. My warranty company indicated that the dealership was at fault and refused to pay anything. Losing all confidence in Fremont Ford, I decided to take my car to The Shop. John was able to correctly diagnose the problem at a fraction of the dealership cost ($580) and even offered to call the warranty company to explain what repair was actually needed. MisTbird is only going to The Shop in the future."
5
October 21, 2022 Herb Hulseman
"I recommend this shop."
August 5, 2022 Joseph La Rosa
"Contacted them to diagnose my gfs car. They had great reviews and I now know why. They have treated my gf with respect since day one. Didnâ€..."
July 15, 2022 Abraham Lopez ortiz
""
January 18, 2022 Brin Guessmylastone
"Great work, reasonable prices."
December 16, 2021 Mykola Dzyuba
"I am very happy that I found this shop. Excellent service. The axle repair was done fast. Everything was discussed in details and completed ..." 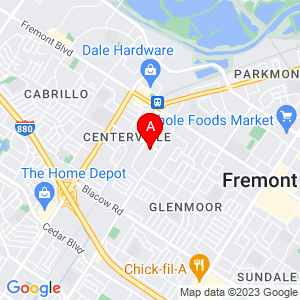